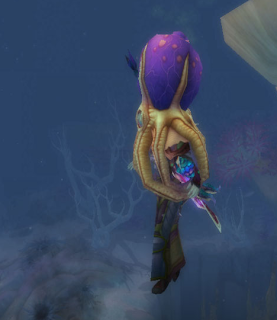 A decision has been reached! After friendly input from many sources (big thanks to all of you), the next big achievement I'll be working towards is Leading the Cavalry. This little challenge will require 50 different mounts, and as a reward I'll get Reins of the Albino Drake.

Once I'd decided I got a notebook, some good pens and coffee. Half an hour and a hefty dose of Wowhead research later I had accumulated a few pages full of scribbles, with headings and extra notes in other colours. On a whim that made sense at the time, I also added up how much gold/currency was needed to buy each group of mounts. A word of warning: what seems methodical and organised when an idea is new could be a little daunting later on!

It's been a relief to decide, which might sound strange to most people. Most people don't take a whole week to be sure of which in-game achievement they want to go after next. I don't get to play as much as I'd like to (who does?) and I am always conscious of my long in-game wishlist. Titles and mounts and pets, oh my! Making a proper decision stops me logging on, checking my mail, selling a few things on the auction house and then just standing there, paralysed by choices*, not knowing what to do.

I'd love to know whether you struggle to make that decision, or if you just set your mind to something and start on it right that moment!


*not nearly as bad as being paralysed by a mind-controlling squid, admittedly, but still...
Posted by Aralosseien at 12:41