I did it! I pushed through the lack of motivation, with tremendous success (for me, anyway):
After I asked for ideas last time, Rades suggested the Midsummer bonfires for a big chunk of XP, which I'd resisted doing but knew I should, so on the very last day I pushed right until the festival disappeared and did about half of them. It took me up to 75 and I ran some random dungeons until I hit 76, at which point I decided to go questing in Sholazar Basin. 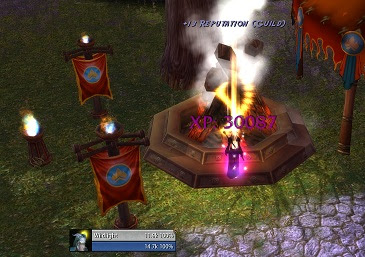 I'd forgotten how much I like that zone! The quests are varied, the Frenzyheart are hilarious and the Kungaloosh-making quest is fun. I ran random dungeons while I was questing and managed to hit 80 before I knew it! I can't really explain how much of a relief it was to be done with Northrend without having to do Icecrown or Storm Peaks again. 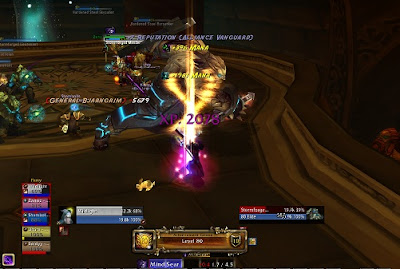 Having a max-level tailor was an absolute boon, as I could craft an entire Deathsilk set to replace my Wrath gear and by 81 I was completely decked out in Cataclysm greens/blues. The AH was kind to me too, and I won some good dungeon drops in my first few runs. Having a lot of crafted gear meant I could hold my own in terms of DPS too and I've not had a single snarky comment (unlike the first Wrath dungeon I did), despite still using the heirloom head and cloak. Mind-controlling adds like the Spiritmenders in Throne of Tides has been good fun too.

Shadow priesting has been really entertaining since I got Mind Sear - AoE, finally! - and I feel like I'm getting the hang of keeping my DoTs up, managing procs and temporary buffs, remembering to use cooldowns and all the jazz. When I hit 83 I could finally put a talent point in Archangel! WINGS. 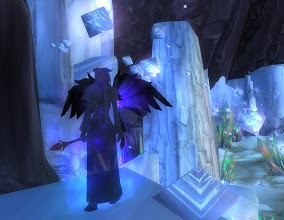 My DK gatherer has been mining up ore for Engineering and that's at the cobalt stage now, which is great because I have cobalt nodes on Gatherer from back when I was mining up Jewelcrafting/Blacksmithing materials. There's some regret that I didn't have the drive to level it as I levelled the character, because I missed out on using some things that aren't as fun anymore, but that's a lesson learnt. Enchanting has taken care of itself mostly, with the help of my hoarded materials from other characters. I'm onto the Cataclysm mats but I'm not going to buy any because I'll eventually have enough if I'm patient. 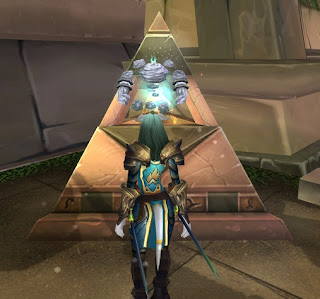 My Frigid Frostling stood in the fires of the forge AND DIDN'T MELT. It demands I worship it as a God. This picture has no relevance to this post.

Lóthwen the mage has jumped up quite a few levels now that I didn't need the shoulder, chest and weapon heirlooms on my priest anymore and I didn't have to worry about losing their mog appearances. Playing as a fire mage has been good but I feel like I don't get enough time to do damage in dungeons before things are dead, so yesterday I sorted out an arcane spec for instancing. Hopefully that'll make things quicker and simpler! 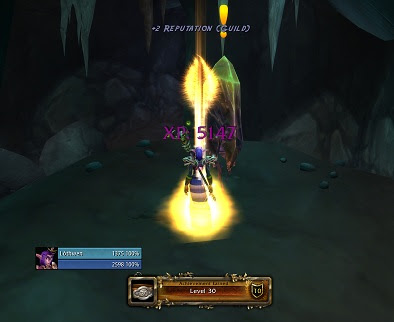 Levelling inscription has been fun and simple, and I'm now focusing on getting to level 50 before the next Darkmoon Faire ends, so that my +5 points quest isn't wasted. The level restrictions on each stage of professions make sense but are sometimes a little annoying. I'll have to find the energy to take the DK back to Outland to gather herbs but I have a lot of pigments already from my hoarded herbs so it might be a minimal grind.

I'm hoping that I can hold on to this enthusiasm. Wildlight is so close to 85, and Lóthwen is the last professioned alt I needed to focus on. If I can just push through in the next month and get them both to max level, I can finally start on Loremaster with Ara!
Posted by Aralosseien at 07:51