It's been seven weeks since my last Bucket List update post. Seven. It's a great excuse to abandon the idea entirely but I don't want to stop working on this. So here we go, a massive backlog of updates.
The quick version:


In seven weeks, I've done an abysmally small amount of work towards the List. For the last six of those I've been covering two roles while my employer faffs about and it's sucked all the energy out of me, making me useless once I get home every night. My lovely boyfriend has been really supportive and my cover finally started this week so it can only get better from here. 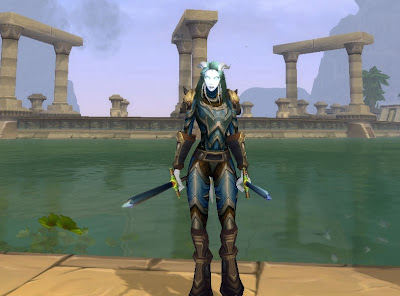 The biggest relief was hitting 85 on Morríghan, finally! I even ran dungeons with guildies and did enough DPS in frost spec to be a help rather than a hindrance, which was unexpected. Running these confirmed that I am rubbish at melee DPS; I lose sight of my character, muck up which direction to be facing and struggle mentally with not being able to attack until I've run to the next thing. In the long term, I'd like to run enough all-guild dungeons to hit the LFR item level but it's a low priority now. She's 85 with two maxed gathering professions and that's her purpose in the team! 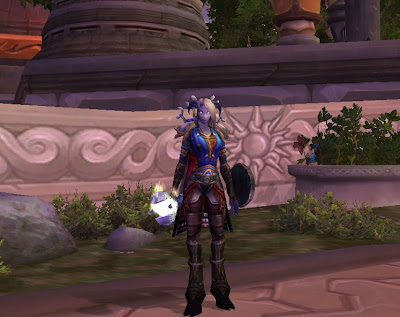 Once that was out the way I moved straight onto Shiden and I am having a blast playing an elemental shaman! It's so much fun and even at 77 has really overshadowed my enjoyment of balance druid DPS. I can't articulate why but it just feels better, more satisfactory. Now is not the time to worry about this though - Mists will change everything up again so I am trying not to feel like I'm betraying Ara by thinking this. I'm hoping to hit 80 this weekend and then build up some rested bonus ready for another Hyjal grind. More Cataclysm zones would have been nice, I'm starting to think. 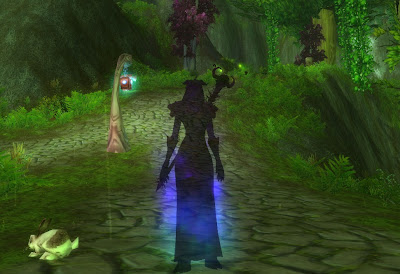 Wildlight got some levelling love because I wanted to hit 35 in order to train enchanting to the next bracket so that the DMF profession quest wouldn't go to waste! Shadow priesting is good fun but when DoTs are pointless it gets a little samey. Hopefully there'll be more going on at higher levels but ultimately this is the price I pay for wearing full heirlooms and facerolling the content. I've been lucky with enchanting, getting skill points from yellow recipes and making money back on scrolls, so it's not been the worst grind in the world (I'm looking at you, tailoring). 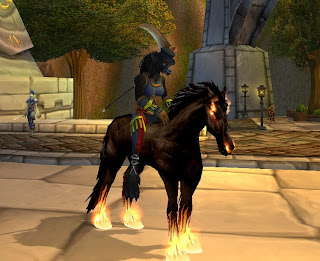 My sniffly warlock only gets levelled when the boy is free because I stupidly agreed that I'd be a levelling buddy for his worgen druid. Foolish. She did hit 22 in the last rush though, and there are 6 other classes to get to 85 before it becomes urgent...and she has a Felsteed. I love Felsteeds!

I've tidied up my low-level alts too, and got them all to level 10 so they could have a talent spec! Swiftfeather is going to level as a Beast Mastery hunter because she's very connected with nature in my mind and it makes sense that she'd choose to work closely with animals she's tamed. Sugarstorm is a delightful gnomish mix of spiky armor and pink pigtails, always accompanied by a little rabbit, so I've gone for Fury just to amuse myself. Sinuosity is an older, jaded night elf who feels at home in the shadows so she's being levelled as Subtlety. 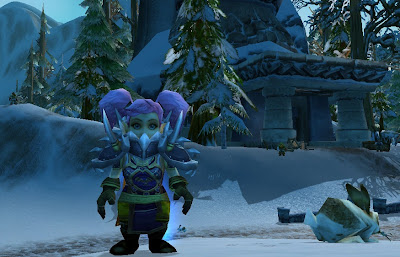 There's still a lot to do, for sure. I want to start updating my progress once a fortnight, so hopefully next time I'll have a shaman at 85 and gearing up!
Posted by Aralosseien at 05:54